Why Russell Wilson is the Furthest Thing From ‘Square’ 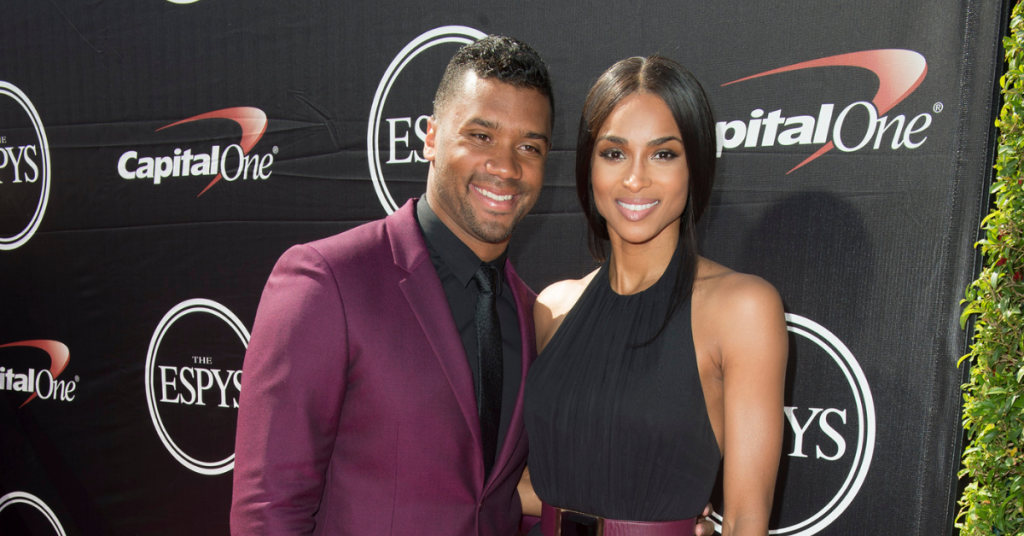 There is a compelling argument for why more people should be in happy marriages. Research suggests that people in one live longer, are less stressed, have more satisfying sex, and experience better heart health. Plus, married people typically earn more money than their unmarried counterparts, especially men.

So, it’s bewildering when critics take aim at the institution of marriage or even individuals who appear to be in a happy one – celebrities included.

That latter scenario occurred when a co-host of a popular podcast belittled the union of NFL star Russell Wilson, who is wedded to renowned singer and entertainer Ciara.

“If Russell ain’t have that bread, Ciara ain’t gon’ be with him. Russell’s square,” Channing Crowder said on a recent episode of “The Pivot” podcast.

For the pop-culture averse, Crowder was referring to Future, the best-selling rapper infamous for his list of baby mothers and love of lean, a recreational drug drink consisting of soda, codeine cough syrup, and promethazine.

Crowder believes that if Wilson wasn’t a multimillionaire athlete, Ciara would be back with Future, the man whom she left (they were engaged) because he reportedly cheated with his stylist.

Mind you, the Wilsons have been married for almost six years and Ciara hasn’t been with the rapper for nearly eight. But still, after all this time, Crowder felt the need to issue his assessment.

That’s why the Twitter-verse rightfully blasted him to smithereens.

Russell Wilson waking up, every other week to “men” taking cheap shots at him unprovoked.

All he did was play football, love Ciara & kids, visit hospitals, open a school, start a charity & is a best selling author.

Russ is a reminder that some of y’all aren’t man enough. 🤷🏾‍♂️ pic.twitter.com/RgVsJbgMnz

This narrative of Russell Wilson being “soft” or “square” comes from what exactly? Like what do y’all really be saying? Why is it “lame” to be nice to women? More importantly, Why are nice men called simps?

Because I don't think there is another community/culture in the world where a man like Russell Wilson would be considered "lame" or "corny."

The lambasting was deserved because Crowder’s opinion bordered on propaganda, a misguided belief that could prove harmful to a community.

Whether he knew it or not, Crowder leveraged his platform to affirm a celebrity who has openly embraced toxic masculine traits while putting down another who promotes family and faith, as if the latter is a less desirable form of manhood.

His words could be interpreted as a tacit endorsement of negative behaviors like viewing women as sexual conquests and engaging in substance abuse.

But a Black man who is articulate, clean cut, and unabashed about loving his wife and their children is a “square” or “corny.”

Wouldn’t messages that affirm and advocate for healthy Black love be more helpful?

For Black people especially, it’s the kind of messaging that can only cause more harm given the tenuous state of marriage in our community.

Statistics back this up.

African Americans remain the least married and most divorced of all racial and ethnic groups in the U.S., according to information compiled by the National Resource Center for Healthy Marriage and Families.

Using Census data, BlackDemographics.com found that in 2019 alone, 30% of African Americans were married compared to 43% of Hispanics, 52% of Whites, and 58% of Asians.

So, wouldn’t messages that affirm and advocate for healthy Black love be more helpful?

Whether a celebrity marriage is contrived for media consumption or not, wouldn’t it still carry import in a society with too few models of healthy Black love?

If you think that, as a society, we are too celebrity obsessed and should devote more energy and attention to “home,” you are right. We need to focus on promoting healthy Black relationships in our living spaces and communities.

Yet, you can argue that there is something magnetic about celebrity marriages that provokes intrigue and grips our imagination.

We root for Black love. We praise celebrities in healthy marriages in conversation and song.

It’s what made us revere the marriage between Ruby Dee and Ossie Davis.

It’s why, at one time, we idealized Will and Jada Pinkett Smith’s union.

It’s also why we still hold on to Michelle and Barack Obama.

Why We Need to See Marriages Like the Wilsons

Misguided or not, our Black celebrities have shown us what’s possible and attainable, whether that’s in economics, excellence, or even love.

And how much more healing and fortifying would it be to see more men in popular culture displaying positive masculine traits? What if more of us felt encouraged to be open and vulnerable in our marriages without adhering to stereotypes or other people’s perceptions of “cool?”

What we have seen with the Wilsons so far is a union to be admired, no matter how “square” and normal it may appear.