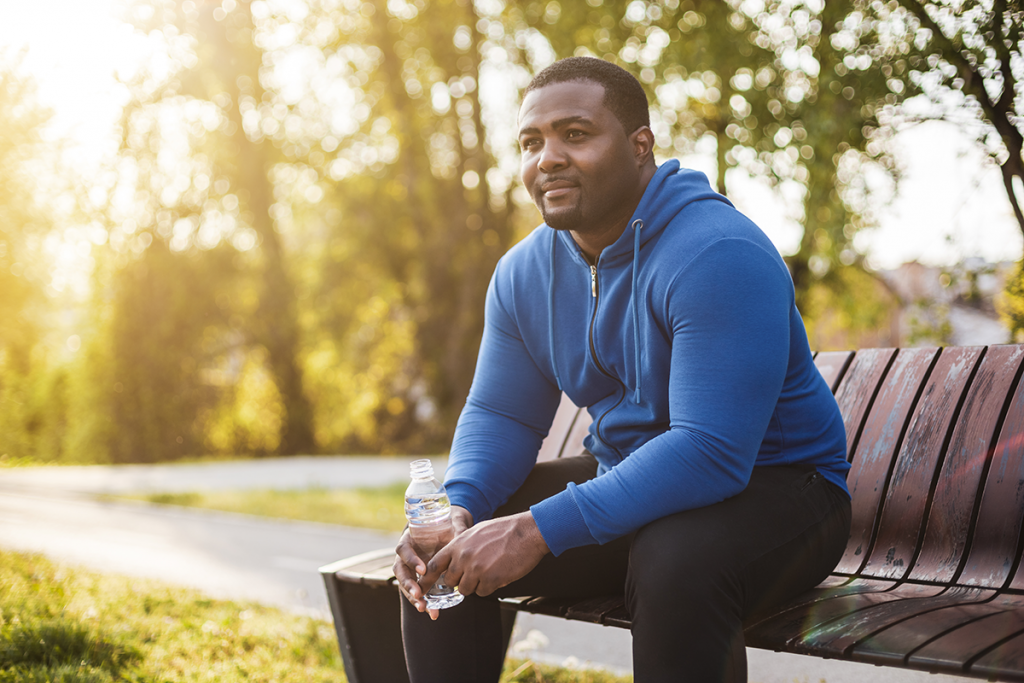 We had just finished church service one Sunday morning and I was making my way to the back towards the children’s area to scoop the baby boy. Darryl, a good friend of many years, specifically from the church family, was on his way out and I was headed in.

He approached me in the narrow hall, for what I assumed was a customary dap, love, and peace until next week or mid-week service, but, as he leaned in, it was clear that he had a question for me.

“Excuse me,” I noted in reply. Perplexed by the random question from my man, it threw me off guard and this was my way-more polite way of saying, “Huh?”

Connection made. He was referencing a kilometer, as in running distance.

“Oooooh, a ‘k’. Well, a 5k is 3.1 miles, so a ‘k’ is about, I don’t know, a little less than 1.1 miles or so.” Totally wrong. As in real, real wrong. I am a solid math guy, always have been, so I pride myself on calculations in my head. I blew it on this one; totally. Who knows what I was calculating? I tell myself (only to feel better) that I was doing the quick running distance of how many miles were in the race, visualizing quickly how many I would have to complete while actually running a race, and I made the quick conversion and spit that out. Again, incorrect.

What I said next, though, was very correct and more important to his inquiry.

“But, that’s not your real question. What you’re really is asking is, ‘Can I run a race and not die?’”

This is an important point. I’ve told this story several times and every time I share that point, the person that I am talking to laughs. It is funny, on the surface. Deep down, not so much.

Fear halts us from moving forward. More information, situational awareness, and a better grip on a daunting task ahead can all assist in reducing fear.

I continued, “You can do it, brother. Easily. You play flag football. You ball (basketball). You’re in shape and active. Now, I’m not saying that you run a race at the same pace that you are running routes when you’re out on the football field, but you can always work on pacing. Can you survive? Yes. You can run your race, at your pace, complete it, and get stronger the next time around. We should run Springtime together (a big annual community race that was ahead several months, at that time.)”

I am grateful that Darryl stopped and asked me that question that morning. I don’t know how long it had been brewing in his mind, but what I do know is that, when he saw me in that moment, I embodied two things that provided him enough comfort in moving forward with the initial baby step of inquiring:

And, not just because I was in the same physical space as him, but I was, am, and, prayerfully, will continue to always be approachable.

When we see most movie/television stars, musicians, athletes, supermodels, and business titans on the cover of magazines, it can be aspirational, but it’s not always obtainable. Many people process this subconsciously, but might not realize it consciously.

This is especially true when we focus on men of color, and it only diminishes more when we narrow in on health-related information.

If I see a man of color on any magazine, but especially a major health magazine, I almost instantly know who it is and that can be from a far-off distance; Tyson Beckford, Taye Diggs, Michael Ealy, Kevin Hart, Andrew McCutchen, LeBron James, Emmitt Smith, Victor Cruz (As I write this, I see the Giants released Cruz recently. Head up. Blessings. Onward, brother.)

I mean, let’s be realistic, I’m 42 years old, and while, sure, I can do anything I put my mind to, I’m not going to be a NFL Hall of Fame, Pro Bowl, Super Bowl-winning running back at this point in my life or moving forward.

So Darryl seeing me at church, knowing my family and friends, having my number in his phone, all provide him access. He didn’t reach out to Olympic gold medalist and marathon runner Mo Farah for advice or insight. Even though the Olympian has far more expertise and experience in this field, he’s not necessarily accessible to Darryl.

2. My situation was relevant.

Continuing along this same path with Farah, the way his running training is set up… doesn’t make him necessarily relevant to Darryl, either. Farah is an elite runner. He is the first athlete to win three long-distance doubles at successive World Championship and Olympic Games. He, pretty much, secured his place in the history books with his win of double gold at the Rio Olympic games in 2016. And, sure, he has a wife and children, just like me and Darryl, but he’s also run a 10,000m record time of 26:46.57 (that’s a 04:25 per mile pace) and a 5,000m record time of 12:53.11 (a 04:08 per mile pace); both in championship competitions. If you don’t know, those numbers are ri.dic.u.lous. #blazing

To put those times in perspective, my fastest 5k (5,000m) to date was a high 24 (I believe 24:55 and I’ll claim that 24 proudly all day, every day. Trust.) and I was in superior condition at the time. That’s an approximate 08:01 per mile pace, which means that Farah, on his best day, would have finished in half the time that I would have, on my best day … to date. I’m not done.

You see, I’m a baby runner. My wife dragged me out to a Turkey Trot in November 2013, where I ran my first 5k and felt like I could just go curl up somewhere and die. You might’ve heard of couch-to-5k training, well this, foolishly, was wake up-put your socks and sweats on-to-5k preparation. And, the result was awful. But, I survived (and didn’t hurl; one of my goals for the race). And, 2014 brought on a new challenge, a renewed perspective about my control over my health, and approximately 14-15 races that year, including a duathlon (that particular one was a run/swim) and the run leg of a triathlon relay team. But, that’s a longer story for another time.

The point is, because I started running, because I made a life change in my physical activity, and because I leaned up and I’m a little lighter on my feet now, Darryl, like many others, have asked, “Hey, what are you doing?”

My answer has always been pretty simple, “Man, just moving. Running and water.”

Darryl was watching. And, I am not an elite runner with world championship and Olympic-winning times. I am a brother of his at church. A regular dude with a beautiful, patient wife and three healthy, happy, active boys. A guy that’s just working hard and attempting to create more balance in my life through a healthier lifestyle. That was relevant to Darryl.

Common men having access to and finding relevance in other common men could be powerful.

This is why my team and I are actively working on the launch of Black Men’s Health; an initiative, laser focused on creating more balance through health in men of color, that I have been cultivating since 1999. A seed planted; eighteen years in the making. It is now time to bring this initiative to fruition. The mission, “Provoking positive change for balanced, healthy lifestyles in men of color everywhere,” was developed during a face-to-face meeting with my advisory team in Atlanta several years ago. The statement’s strong start is deliberate. In the session, we dropped a “To provoke…” option and went straight for “Provoking…”. It is a push in the chest for men of color. The word is not “Try” or “Striving”. It is not an arm around the shoulder. It is a challenge. ‘Provoke’ is often used with a negative connotation. This is a positive call to action; an intervention.

We simply can’t waste the time, nor energy, to play with this. There are too many brothers dying at such a young age; Phife at 45 from complications relating to diabetes just March of last year, Orain Benjamin Reddick at 39 from complications with sickle cell last August, and Ugo Ehiogu at 44 from cardiac arrest just days ago. Too great of health disparities that exist for African Americans; this on top of long-standing historical distrust in our communities with the medical community.

We have work to do. Plenty of it. And, it has already begun.

As for Darryl, he’s currently nursing a knee tweak sustained during practice for the flag football season. I’m looking at this positively in that it gives him a little more down time to love on that wife of his and enjoy those precious new twins. Amen. When he heals up properly, we’ll be talking through a slow start to some road work for him and picking out a race to put on the calendar… together.