What You Need to Know about the COVID-19 Booster Shot 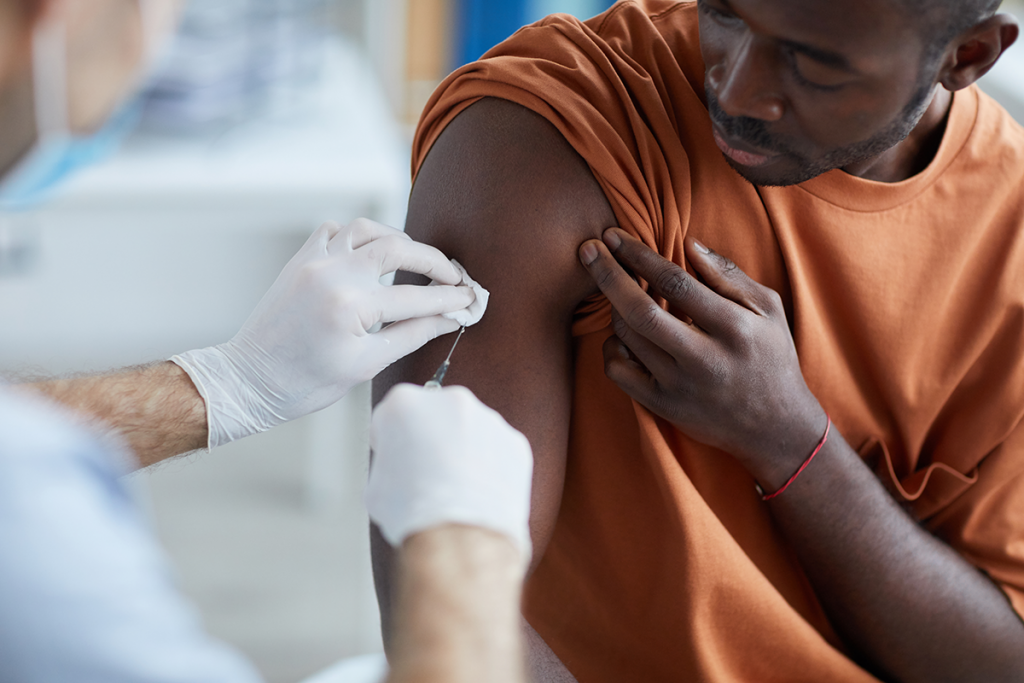 Scientists predict that it will become endemic, meaning that it won’t go away.

The optimistic view is that through natural infection and vaccination, we will gain immune protection from the virus, and, ultimately, there will be far less hospitalization and death from it, says Yonatan Grad, Professor of Immunology and Infectious Diseases at the Harvard T.H. Chan School of Public Health.

The Centers for Disease Control and Prevention (CDC) has recently expanded eligibility for who can receive booster shots.

For those who got the Moderna or Pfizer Covid-19 vaccine, the following groups are eligible for a booster shot at 6 months or more after their last shot:

For those who received the Johnson & Johnson vaccine, booster shots are also recommended for recipients 18 and older and who were vaccinated two or more months ago.

Also, eligible recipients can choose which vaccine they can receive as a booster dose. They can either stay with their original vaccine or mix and match with a different one, which the CDC has now deemed a safe practice.

Here are the specifics as to why a booster shot is necessary:

Health officials concluded that booster shots are needed due to the sheer contagiousness of certain COVID-19 strains. The most notorious of them so far is the Delta variant, which is two times more contagious as previous COVID-19 strains.

Certain medical experts have concluded that booster shots are necessary based on studies that suggest that vaccines can become weaker over time.

This might be especially true for people who got their shots early or have compromised immune systems. Plus, breakthrough cases of vaccinated people contracting COVID-19 or the Delta variant have also occurred. There is also evidence that even vaccinated persons can transmit the disease and infect others.

It’s why the CDC is recommending that people receive booster shots six months or more after their last shot (Pfizer and Moderna).

What’s in the Moderna and Pfizer booster shots?

The Pfizer booster is the same as the regular Pfizer vaccine shot, while Moderna’s booster is a half dose of the original.

The Pfizer and Moderna shots contain the active ingredient known as messenger ribonucleic acid (mRNA), a single-stranded RNA molecule complementary to one of the DNA strands of a gene. The molecules from mRNA contain the genetic material that gives your body instructions to make a viral protein that triggers an immune response within our bodies. This response helps us generate the antibodies needed to protect us from getting infected if exposed to the coronavirus.

What’s in the Johnson & Johnson booster shot and how does it work?

Unlike the Pfizer and Moderna shots, the Johnson & Johnson uses a viral vector, not the virus itself, which enters a cell in our body and manipulates its machinery to produce something called spike protein. This protein is a harmless piece of the virus that causes COVID-19.

The presence of that harmless piece is what jolts our immune system into producing antibodies and activating other immune cells to fight off what it thinks is an infection. Through this process, the body learns how to protect itself against future infection.

As for what’s in it, the J&J shot contains that spike protein along with citric acid monohydrate, trisodium citrate dihydrate, ethanol, 2-hydroxypropyl-β-cyclodextrin (HBCD), polysorbate-80, and sodium chloride.

The Cons of Booster Shots

If you are vaccinated, you’re probably familiar with the side effects associated with the booster shots. They include pain at the injection site, fever, headache, tiredness and muscle pain.

There are rare but serious side effects that can occur from vaccines, like anaphylaxis, which is a severe allergic reaction. Another is thrombosis with thrombocytopenia syndrome, or TTS, which is blood clots with low platelets. The CDC said long term side effects are unlikely.

Medical authorities have also raised ethical concerns with regard to the fair distribution and equity of the vaccines, including booster shots.

In comparison to the rest of the world, America already has a high concentration of vaccinated individuals. In August, the World Health Organization (WHO) initially called for a moratorium on distributing booster shots until the end of this month because of this inequity.

“Even while hundreds of millions of people are still waiting for their first dose, some rich countries are moving towards booster doses,” said WHO Director-General Tedros Adhanom Ghebreyesus in an August statement.

“So far, more than 4 billion vaccine doses have been administered globally. More than 80% have gone to high- and upper-middle income countries, even though they account for less than half of the world’s population.”

So, it begs this question: There are so many people in other parts of the world who reside in countries that still have so many more unvaccinated people. Shouldn’t we give those shots to them?

The Need for Boosters

Despite endorsements from the FDA and CDC, there are officials who still question whether a booster shot is even necessary for everyone.

As this New York Times report revealed, those experts included those who advised those federal agencies on Covid-19 vaccines.

Dissenters say there is limited data that supports the need for booster shots.

Those advisors who had misgivings about the boosters told The Times they felt pressured to make Moderna, Pfizer, and Johnson & Johnson booster shots available.

It also didn’t help that President Joe Biden’s administration pushed for the additional shots before the FDA’s top scientists had a chance to weigh in on the decision, as this Politico report details.

In August, a vaccine researcher at Johns Hopkins University stated that people are still highly protected against severe disease, hospitalization, and death thanks to the original vaccine shots.

“If we start seeing significant upticks of more severe disease and hospitalizations in vaccinated people, that would be a signal to consider boosters,” Dr. Anna Durbin told CNBC.