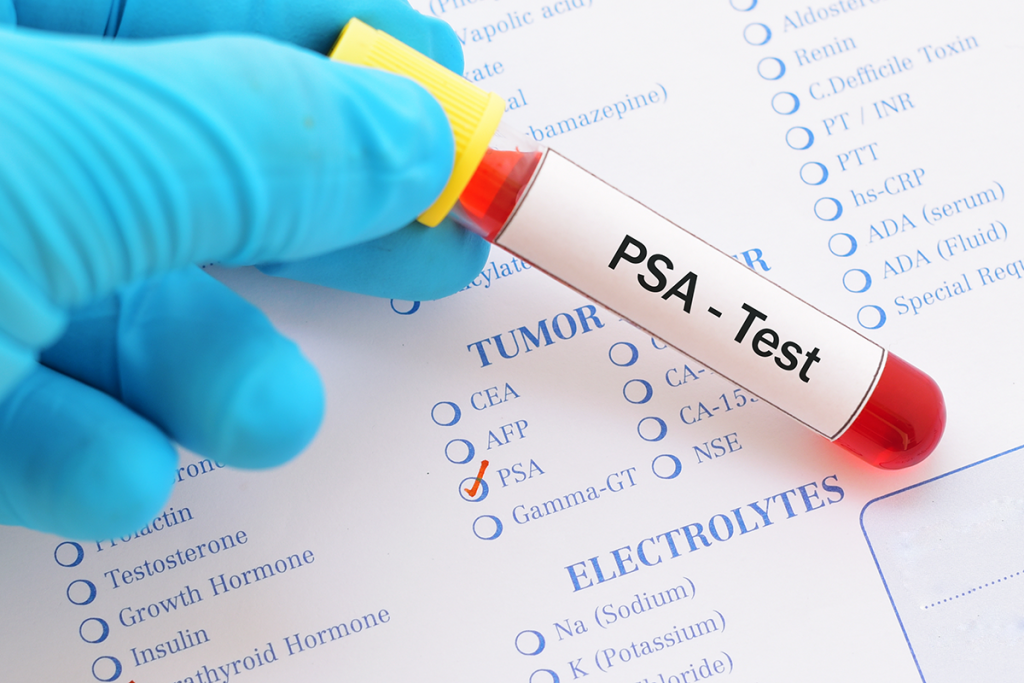 For a disease that few men die from, black men are dying the most from low-grade prostate cancer.

Again, one of the most non-lethal cancers is still killing black men more than any other group in the U.S.

We discussed why black men are contracting prostate cancer at higher rates than others and the appropriate age to get a prostate screening.  This is Part 1 of our conversation. You can find Part 2 of our ‘convo’ here.

Here’s what Dr. Moses had to say.

BMH: How did you come upon the urology oncology specialty? Was it an intellectual interest or was it also fueled by something you’ve seen or observed in society?

BMH: What is the single biggest factor as to why prostate cancer is so prevalent in black men?

KM: It’s multi-factorial. The simple answer is that there may be an association, as far as the increased risk, with inflammation, stress, and environmental exposures. The difference is really exacerbated in the U.S. If you look at west African men, through which most black men from this country are extracted, the risks are not that much higher than other homogeneous populations. If you look at Caribbean black men, that [prostate cancer] risk is higher. And then, for American black men, that risk is highest. So, there is something to the environment and society [as to why prostate cancer is so prevalent in black men].

As we know, stress causes inflammation, inflammation causes abnormal physiology. But when you look at the disparity in black men as far as survival, it’s really a difference in how black men are screened and also whether they receive treatment. Black men are less likely to get screened and so much more likely to have some kind of disease at later stages. They are less likely to get treatment and so much more likely to progress to advance disease or metastasis or death.

BMH: And it’s something that is totally preventable…

BMH: With black patients in particular, do you tend to find other comorbid conditions in men (the presence of one or more other health conditions) in addition to the cancer?

KM: It is common. As men age, we have risk of heart disease, of diabetes, of stroke, of other systemic problems. When I talk to men about prostate cancer screening, it’s really not just about that. It’s about having that primary care physician where your total body health is being addressed. That includes mental health and physical health as well. Getting your cholesterol checked, getting your blood pressure checked, getting your glucose checked. Making sure you’re doing adequate physical activity.

Black men are not at a significantly increased risk of comorbid conditions, but we do see worse types of disease. Black men and women do have higher rates of symptomatic heart disease and diabetes with complications. So, when we’re talking about screening, we really want men to address their overall health.

BMH: It seems African-American men, particularly those with relatives who have prostate cancer, are considered high risk. Is it advisable for us to get screened for prostate cancer at an earlier age than at 45 years old like the American Cancer Society recommends?

KM: Just as a disclosure, I’m the chair for the National Comprehensive Cancer Network (NCCN) guidelines panel for the early detection of prostate cancer. For men with a strong family history [of prostate cancer] or black men, [the NCCN] recommends potentially starting screening earlier like at age 40 to at least get a baseline.

BMH: As a black man who practices as a urologist, are you frustrated at the frequency in which we are contracting and dying from prostate cancer?

KM: Absolutely. Because it’s totally preventable. The research I’ve done has shown that black men are less likely to get screened and less likely to get treated for prostate cancer, and that’s a systemic failure. We want to blame socioeconomics and insurance and access, but really the medical society has to come together and say look, prostate cancer disparities, just like breast cancer and colon cancer disparities, are a factor of what the medical society is doing. That’s what frustrates me because we have the capacity of fixing that. I probably do less of the educational seminars at churches and things like that and do much more speaking to medical societies in national and international meetings. We have to acknowledge that there is a problem and attack it, just like we’ve fixed a lot of other things.

The medical society came together en masse and helped address the opioid crisis, so we have the capacity to do it. That’s really where I have been focusing a lot of my efforts and channeling, I guess, my frustration in my research and in public speaking.