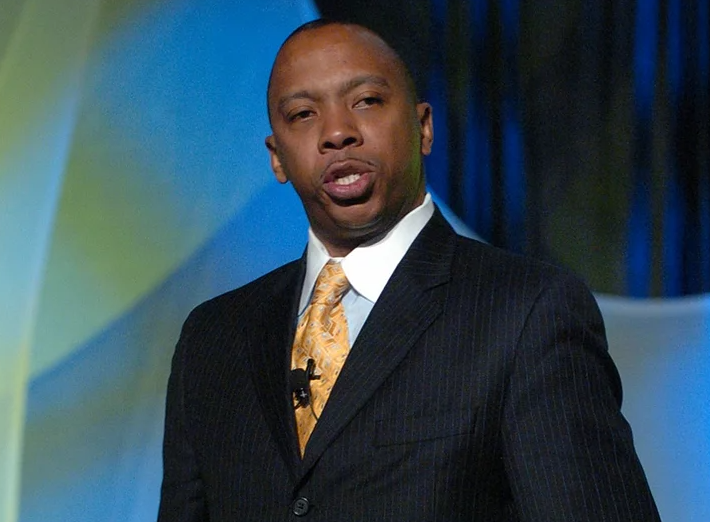 Financial literacy and the right education are critical for black families to thrive in the 21st century. Statistically, African American families face significant hurdles due to generations of structural racism and systemic oppression. There remains a yawning wealth gap between black and white families.

Now more than ever, black people need the skills to pay the bills, said Calvin Mackie, an award-winning educator, author, entrepreneur and longtime STEM education advocate. This is especially true for youth.

“It’s the 21st century so our children only have three options – either they’re going to take something, break something, or make something,” said Mackie. “If we don’t give them the skills to go make something – to make a living, make a life, make a difference – it’s only going to leave them with the two options that we see on the news every night.”

As the Founder and President of the New Orleans-based nonprofit STEM NOLA, Mackie said that STEM education (Science, Technology, Education, and Math) is a critical pathway for young people to acquire those skills. 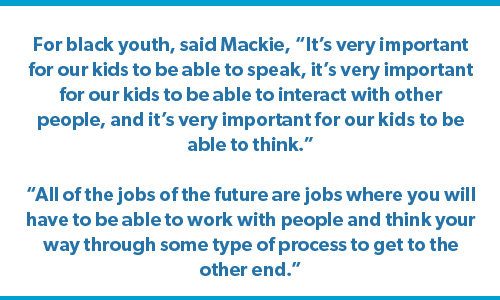 Through the lens of his own incredible life journey, he offers these nuggets on how black parents and young people can succeed in this new age.

Artificial intelligence or A.I. is the  ability of computers or computer-controlled robots to perform tasks commonly associated with humans, and it appears poised to displace millions of workers across sectors, including blue- and white-collar workers. In a vastly changing and volatile job market, that means acquiring real skills that pay.

The skills to which he refers include critical thinking, creativity, communication, and the ability to collaborate. All of which are transferable to a variety of occupations.

“All of the jobs of the future are jobs where you will have to be able to work with people and think your way through some type of process to get to the other end.”

Mackie cites accountants, attorneys, and rideshare drivers as occupations that are likely to be phased out by A.I.

“All of the simple jobs, all of the jobs that can be replicated, or have replicated behavior in them, will be done by machines.”

“When I got to Morehouse, I didn’t have any money so I started cutting hair for five dollars,” Mackie explained.

He would also buy (lollipops) and beer, and classmates would come by his room on Friday to get a haircut.

“I was selling beer for like a dollar, blow pops for like a quarter, and I was cutting hair for five dollars.”

Mackie also began tutoring in a university math department and two other programs once he learned there was a need.

By identifying skills that can translate into dollars, Mackie seized upon opportunities to maximize his earning potential.

Tip #3: “The first thing is the saving part, and then we gotta teach them how money is made.”

Mackie said that after he learned how to make and save money, his life changed when a fellow Morehouse student taught him how to buy stocks at 21 years old.

“It changed the trajectory of my life and my family’s life,” he said

After imploring his sons to save as much as they could, he got them into investing, transferring what he had learned from that student to his own situation.

He took some money and helped them invest in five different stocks, which they now manage. This activity helped fuel one of his sons, who is in college, to want to invest more.

He offers that same advice to black parents and their children.

“So, the first thing is the saving part and then we got to teach them how money is made,” Mackie said. “We think trading dollars for hours is the way to make money, because no one ever taught us how to invest.”

The takeaway here is that once you save enough, look into opportunities to grow your money. If you want some ideas, you can check out these investments for beginners.

Tip #4: “You better get up every day and do something for yourself.”

Mackie’s father taught him a valuable lesson about becoming an entrepreneur, a key aspect of financial literacy.

“My dad dropped out of school in the 8th grade but he had a roofing company, and every summer, I had to work on a roof. Hard work,” he said.

After earning undergraduate and graduate degrees from Morehouse College and Georgia Tech, Mackie eventually joined the faculty at Tulane University in New Orleans. When he earned tenure at the university in 2002, there was a large party held in his honor, which his father attended.

When Mackie told his dad that he earned tenure, his father asked, “what’s tenure?”

Mackie recalled his father looking at him and saying, “I don’t know any man that takes care of another man for the rest of his life.”

“You better get up every day and do something for yourself.”

A few years after Mackie earned that tenure-track position, Hurricane Katrina ravaged New Orleans and surrounding areas. In 2007, Tulane shut down its engineering school due to the financial hardship caused by the hurricane.

“I lose that guaranteed job and them words, God bless my daddy’s soul, still stick in my head,” he said.

Mackie was able to rely on income from speaking engagements, which he cultivated as a business.

“If I was to just focus on that job, that one check, my family would’ve been on the street.”

Here he stresses the importance of developing a business and/or income-earning opportunities that you can establish and cultivate on your own.