On Being Black in a Gun-Happy Country 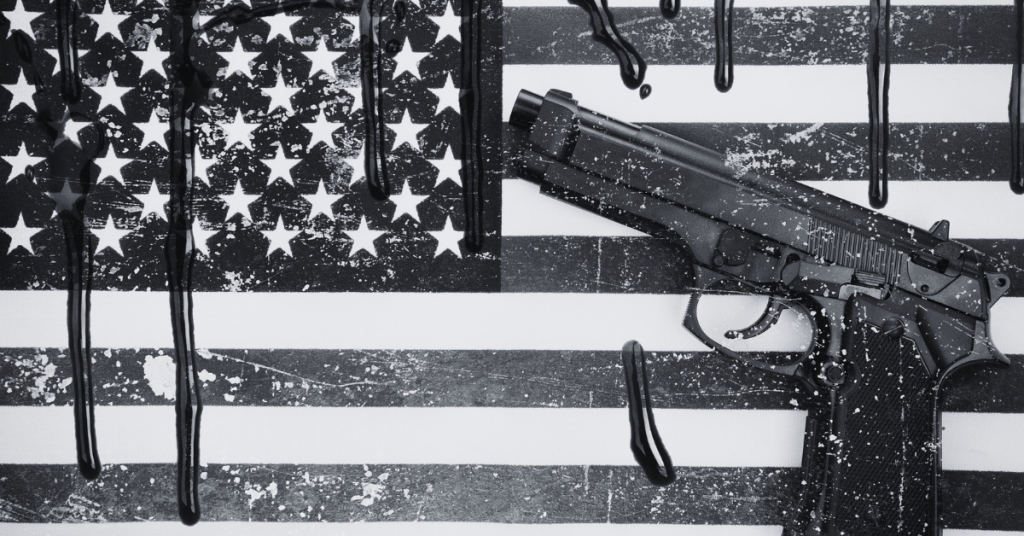 Editor’s note: The following piece is an opinion column. The views expressed are the writer‘s own.

Almost seven years ago, a small prayer group convened at an African Methodist Episcopal Church in Charleston, South Carolina. A stranger had joined them to listen to the entire bible study session.

Those nine Black parishioners welcomed him in, believing they had found a White brother who had also sought to deepen his faith.

When they asked him to join hands in prayer, the 21-year-old pulled out a Glock 45 pistol and blasted those members with 70 rounds, wantonly decimating their lives as if they were game. All because he hated the color of their skin.

Sadly, dwelling in a place of worship would not be enough to safeguard those members, not even when engaging with a sacred, spiritual text. The same could also be said for the 2019 shootings in Christchurch, New Zealand, where a White Australian male murdered 51 Muslims at two mosques and wounded 40 more.

Those incidents are proof of the relentless and insidious nature of White supremacist violence and how it can penetrate even our most sacred and private spaces, along with those ordinary, everyday ones like schools and stores.

The Relentlessness of Hate Crimes Against Black People

Despite the outrage each of those massacres incited, this type of violence continues unabated, especially in the U.S. where Black people continue to be victimized the most by hate crimes, according to FBI data cited by The New York Times.

The doggedness of this type of violence is further exemplified through the actions of an 18-year-old White man who researched the zip codes to find out which areas near him had the highest concentration of Black people.

Armed with that knowledge, he settled on a supermarket in a Black neighborhood in Buffalo, shooting 13 people and killing 10 Black people in the process.

The level of violence and the way shooters in all three incidents were calmy arrested without incident are also in sharp contrast with the way U.S. law enforcement agencies have treated Black people suspected of doing a lot less than Dylann Roof in Charleston, Brenton Tarrant in Christchurch, and Payton Gendron, reportedly, in Buffalo, New York.

Again, Black people were killed for a lot less, like playing with a toy gun, selling loose cigarettes, buying cigarettes with a counterfeit $20, or simply being on the wrong end of a botched police raid.

And even when stiff and just penalties were administered to Roof, who had been sentenced to death and Tarrant, who received life in prison, those punishments were not enough to deter Gendron.

In fact, Gendron reportedly found inspiration in the massacre that Tarrant wrought. He decided to live stream his slaughter after the latter put together a 17-minute video documenting his rampage.

Like Tarrant, Gendron was also influenced by the “great replacement theory,” a racist conspiracy theory with a core tenet that states that a cabal is plotting to have White, native-born Americans replaced with immigrants and people of color who share their political views.

It’s a theory that dehumanizes Blacks and non-Whites and has been espoused by Tucker Carlson, who has the most-watched news show on cable television, and former President Donald Trump, who once had 88.7 million Twitter followers before his account was shuttered.

This racism — vile and unhinged, and every bit as virulent as it has been in past generations — continues to incubate in online communities.

With the destructive gun culture already mainstreamed and run amok, the conditions seem ripe for another outburst of White supremacist violence, similar to Charleston, Christchurch, and now Buffalo.

As it was on a Saturday in 1963 when four Black school girls were killed in a Black church bombing in Birmingham, no place is off-limits.

Even the illusion of modernity and progressiveness serve as no panacea for a scourge that appears as American as church on Sundays and supermarket shopping on Saturdays.